The ULFA-I has put on hold its plans of meting out ‘supreme punishment’ to the two abducted oil company employees.

This was informed by ULFA-I Commander-in-Chief Paresh Baruah on Sunday. 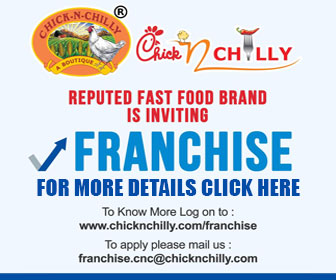 ULFA-I Commander-in-Chief Paresh Baruah stated that it would take a decision on the fate of the two abducted oil company employees after discussions with NSCN.

ULFA-Independent C-in-C was about to brief the media on Sunday over telephone at the Guwahati Press Club when personnel of Assam Police arrived and interrupted the press meet.

The phone number, at which the ULFA-I Commander-in-Chief was slated to call, was reportedly been blocked.

ULFA-I Commander-in-Chief Paresh Baruah later made a call to another journalist and informed that the outfit for the time being has put on hold its plans of ‘punishing’ to the two abducted oil company employees.

It may be mentioned here that the ULFA-I along with NSCN had threatened to ‘kill’ the two abducted employees of Quippo Oil and Gas Infrastructure Limited, an oil drilling company.

The ULFA-I in a statement on Friday stated that it would take “extreme steps” against the abducted oil company employees if the Government “does bow down to the demands” of the banned outfit.

Meanwhile, the family members of the two abducted employees of the Quippo oil company have expressed sigh of relief following the announcement by the ULFA-I Commander-in-Chief.

The two abducted employees are: Ram Kumar, a radio operator of from Bihar and drilling superintendent, Pranab Kumar Gogoi from Sivasagar in Assam.

“ULFA-I and NSCN/GPRN has decided to impose extreme punishment on the two abducted officials after the talks failed,” ULFA-I stated in a statement on Friday.

Notably, the BJP-led Assam Government, apart from making plain appeals so far, has failed to take any considerable step to ensure safe release of the two abducted oil company employees.

Oil’s Going Higher… and Taking These 3 Stocks with It

PFA owns more than $400m in bonds linked to environmentally damaging fossil fuel projects even though the Danish pensions...

DENVER (CBS4)– The North Face is being celebrated by the very industry it snubbed. The Colorado-based company recently rejected...

Talks of a new supercycle fuelled by a sustained surge in commodity prices, will only worsen the situation, the experts say.Copper...

Thank you for subscribing.

We respect your privacy and take protecting it seriously